Bjork’s new album Vulnicura is available on iTunes in the U.S. now. Vulnicura, the follow-up to 2011's Biophilia, is being released on iTunes worldwide over the course of the next 24 hours via One Little Indian. When it was announced last week, she said the release was initially planned for March. 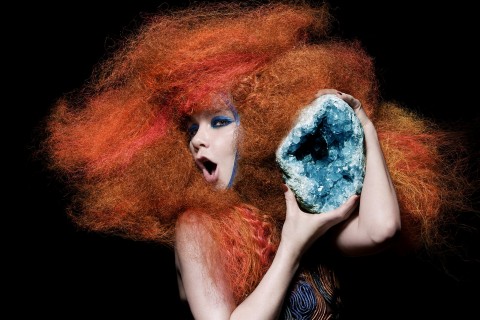 vadiazinhagenteboa
"unwanted leak," "undisclosed date in March."
It's not "unwanted" if you allow your work to "leak" and it's not "undisclosed" once we know the album will be released on one of the 31 days of March. Yawn, such a played out strategy. Just about any artist under the sun since the Napster era has pulled this trick, or tried to. The industry, musicians and the media need to collectively stop ascribing the word "leak" to preview work that's deliberately released by its own publishers. Does anybody still fall for such an unimaginative publicity stunt?
billboard.com