A great American artist playing the only original American musical art form - jazz - and yet so few visiting the story. Some of the posters are right; there will be more viewers wanting to know what someone wore at the Oscars or who Justin Bieber is dating this week than there will be mourners for a truly talented icon of real music. Our cultural appreciation has gone the same way as our reading and writing comprehension skills and ability to discern fact from opinion - down! 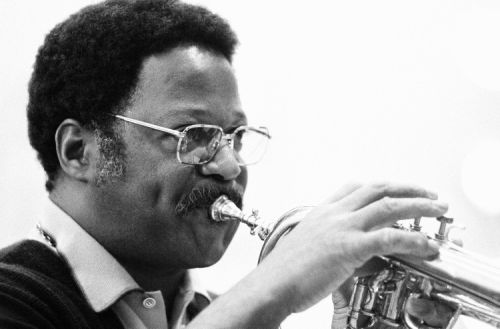 (Reuters) - Clark Terry, a Grammy award-winning trumpet player and composer who recorded with greats such as Billie Holiday, Ella Fitzgerald and Quincy Jones, has died aged 94, his wife said on Sunday.

Terry, who had gone into hospice care after suffering from diabetes, "has joined the big band in heaven where he'll be singing and playing with the angels", Gwen Terry said on the musician's Facebook page