Johnny Depp attacked by a 'chupacabra' in Japan

The 51-year-old actor was all smiles while joking Wednesday with journalists in Tokyo about why he was a no-show at a news conference a day earlier. Depp explained he had been ill but said that wasn't the reason. He said that he had been attacked previous morning by "a very rarely seen or experienced animal called chupacabra". 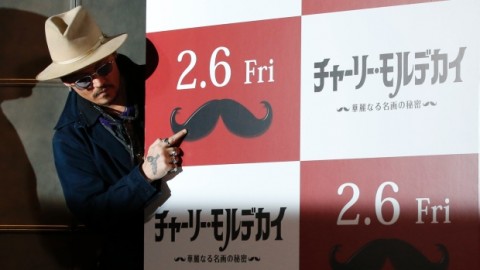 Yoda
It sounds like Mr. Depp is channeling another one of his characters, Hunter S. Thompson.
cbc.ca

Madeline Roth
Lest we forget, actors are basically professional liars, and Johnny is among one of the best actors in the whole wide world. So, his excuse was weirdly convincing, if not totally implausible.
mtv.com

Cynthia Ratzke
He caught his cold from a Achoochupacabra!
huffingtonpost.com