Draco Malfoy Is Sorted Into Gryffindor On Pottermore

Tom Felton, the actor who played Draco Malfoy in the Harry Potter movies had joined Pottermore, author J.K. Rowling's online destination for Harry Potter enthusiasts. The site allows fans to try on a virtual sorting hat, finding their place in the Hogwarts. Tom was sorted into Gryffindor. 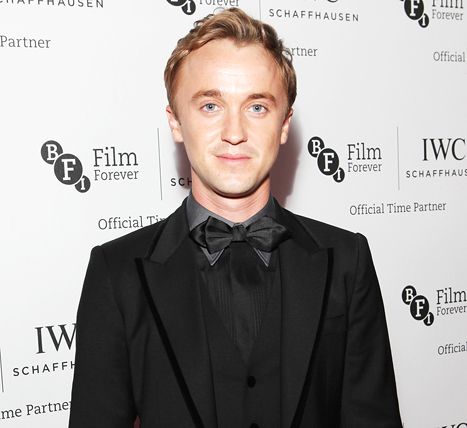 Nicole Jooni Chung
I was placed into Gryffindor and was equally upset because I didn't get into Slytherin. Don't care what others say, Slytherin's where it's at. :)
buzzfeed.com

Edwardo
Ummm....The actors are real people and the characters in the books are not. Everyone gets into Gryffindor on that damm website because they think the fans all wanna be Harry, Hermioney and Weasley.
eonline.com

Francine Smith
What?? An actor that plays a character totally unlike his real self? Unheard of and mindblowing.
usmagazine.com