Emily Maynard is expecting a baby with her husband, Tyler Johnson. Maynard also shared a pic of her already growing baby bump and captioned it, "too much pizza #july2015 @mtylerjohnson,". 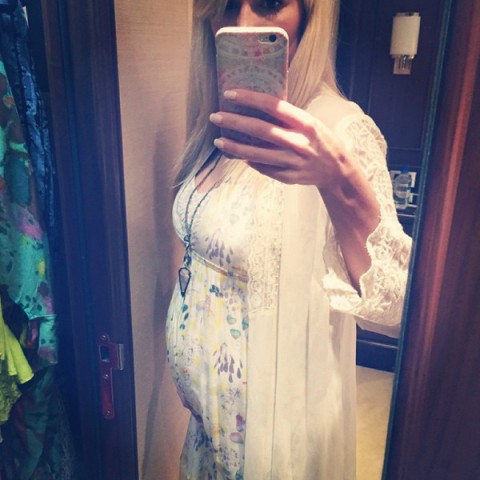 Lesley Messer
Maynard, 28, is already the mother of a 9-year-old daughter, Ricki, who made several appearances on "The Bachelorette." The child's father, Maynard's late fiancé, died in 2004.
go.com

Fredsluv
Why would anyone ask her if she's having a litter??? She's not even that big.....trolling for attention obviously
usmagazine.com