Paris Hilton’s younger brother Conrad Hilton has been arrested after allegedly flipping out on passengers during an international flight this past July. Hilton was arrested on Tuesday, Feb. 3 and was released on $100,000 bail. 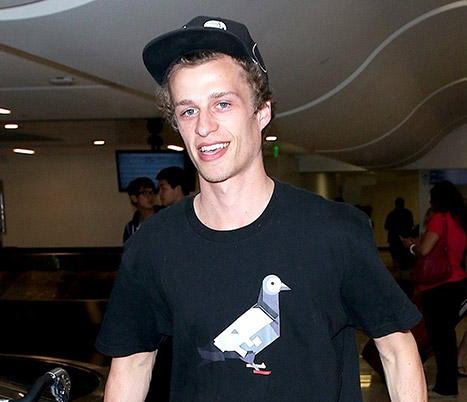 xKentx
Another entitled brat who was born with a silver spoon in his mouth. This child needs rehab and a job.
usmagazine.com

squanderz
C'mon, don't blame the weed, man. Weed makes you mellow, man. I've seen angry drunks, man, but never an angry pot smoker, man. It was probably laced with something but don't blame the weed.
Actually, whatever he took (not the weed), augmented his true demeanor and he is a spoiled and worthless punk. We'll find him dead one day. Then the earth will own him.
tmz.com