Jennifer Lawrence presented an award to Jon Feltheimer, CEO of Lionsgate (the studio behind the Hunger Games franchise), at the Producers Guild Awards last night. She opened by telling the crowd at the Hyatt Regency Century Plaza hotel that she wish she would have taken a "Xanax" before hitting the state. 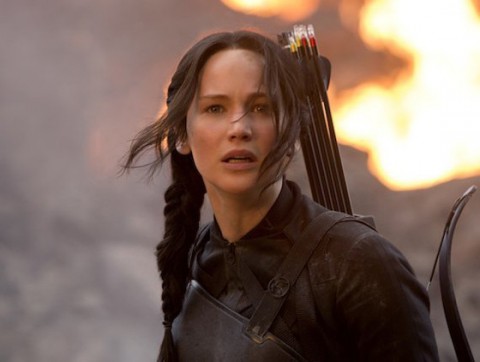 Mike Machado
The Hunger Game movies are terrible. Plus they are the gayest movies ever. I mean, look at Stanley Tucci's character. Can't get any gayer than that.
eonline.com