Madonna on Using 'Bitch' in Her Songs

What an embarrassment. She looks like the oldest prostitute at the "ranch". 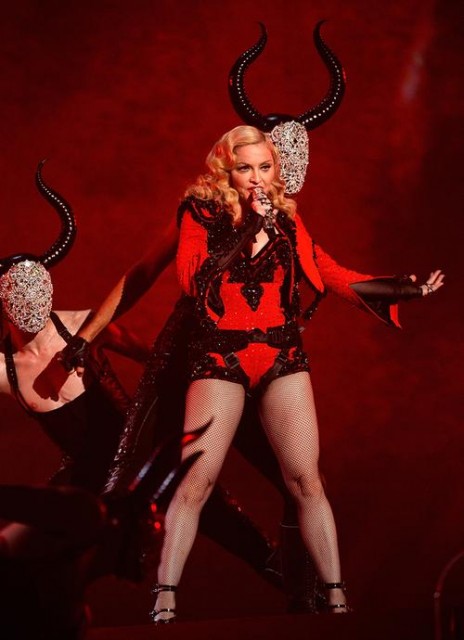 Madonna has never been one to sit idly by while critics tsk-tsk her. So when Billboard spoke with the pop icon for an upcoming Q&A (in the issue out Friday, Feb. 13), Madge had a blunt response for those who think the word bitch - which she uses in not one but two Rebel Heart song titles - should be banned.

"I think that’s bullshit. The word police can f--- off," the singer -- who performed “Living for Love” at the Grammys on Feb. 8 - tells Billboard. “I don’t want to be policed! I’m not interested in political correctness.”