Zooey Deschanel's boyfriend Jacob Pechenik made a love proposed on Jan. 17, which also doubles as her birthday. The actress, 35, stepped out for the first time publicly with her producer beau in August 2014 after she split from screenwriter Jamie Linden. 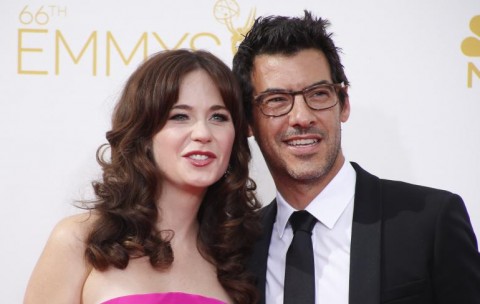 jillian
Bad idea they've hardly been together and the engagement is clearly cause of the pregnancy luv her but it's not smart.
eonline.com

Skinnyminnie2006
Telling you, Kate Hudson 2.0. Will they make it to the altar or will he be like Matt Bellamy who tried to do right by Kate and still ended up just a baby daddy?
people.com

lojinxes
Eh, they're both millionaires and she already had a divorce. Logic says there isn't much reason to stand on ceremony here and nobody's digging for gold. My guess is they just want to get married.
usmagazine.com