Pay to play: Kurt Cobain's personal Seafirst BankCard Visa and “King of Clubs, Slot Club” card holder are headed to auction. The Nirvana frontman signed the card in blue ballpoint pen and apparently wrote what appears to be a phone number on the back of the card, which expired in February 1995 – less than a year after the singer-songwriter’s death. Auctioneer Paddle8, which is offering the item as part of its "Legendary: Memorabilia From Rock Gods and Pop Stars" collection, expects the piece of plastic to fetch between $7,000 and $9,000. 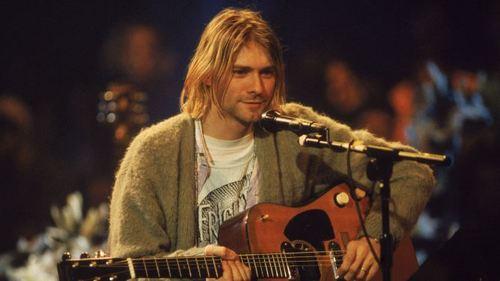 Why would you want that? Just re-buy the albums or something if you liked Kurt...They remaster them every 5 years, I am sure there is a demo of Polly you have not heard or something...