Vega stole the judges' hearts at the 63td annual pageant in Miami – which aired on NBC on Sunday night – beating out 88 other contestants, including finalists from Jamaica, Netherlands, Ukraine and Miss USA, Nia Sanchez, who was first runner up. 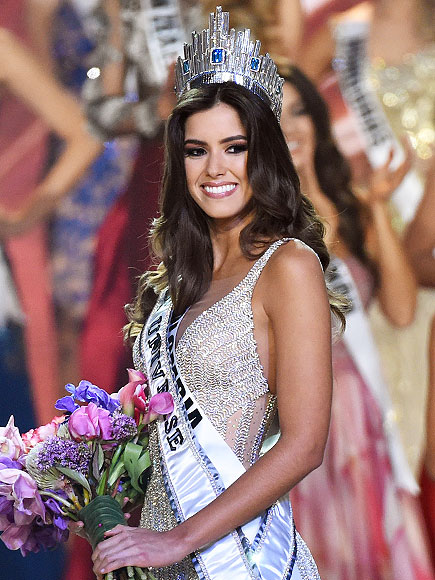 Lauren
She looks kind of like last year's Miss Universe. I thought Miss Jamaica would win, but I bet the question and answer segment did her in. Giving these women 30 seconds to say how to fight terrorism in the world is ridiculous. And a little country is not going to have as much to offer to the whole wide world as a huge one like let's say the U.S.
people.com

KELLI KENNEDY
As Miss Universe, Vega will receive an undisclosed salary, a luxury apartment in New York, a wardrobe and oodles of beauty products, and a one-year scholarship from the New York Film Academy.
huffingtonpost.com