During the Super Bowl halftime show, Chinese Internet users were abuzz about a woman called "Fruit Sister." It turns out, the Chinese were referring to pop megastar Katy Perry - as she's known everywhere else - who is apparently labelled the bizarre nickname (pronounced 'shai guo jie') because of her frequent fruit-themed clothing. 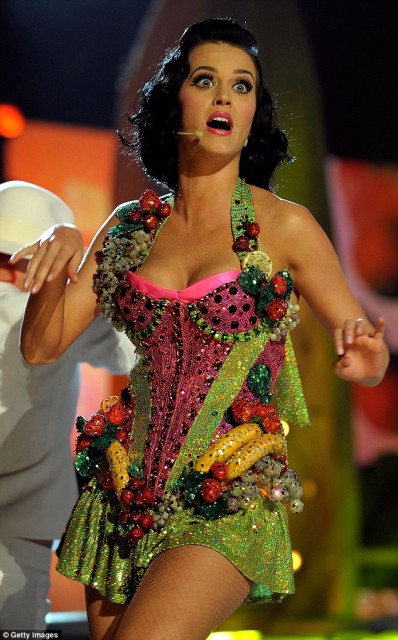 derp
Why not just call her 'That Weird Looking Annoying Woman with the Funny Shaped Head' like everyone else?
dailymail.co.uk

Wilfred Chan
She's also talked about growing and eating her own fruit, so it's a pretty fair nickname.
cnn.com