Jon Stewart, the host of Comedy Central's The Daily Show, will step down later this year. The comedian said it had "been an absolute privilege" to have been at the helm of the satirical show since 1999. 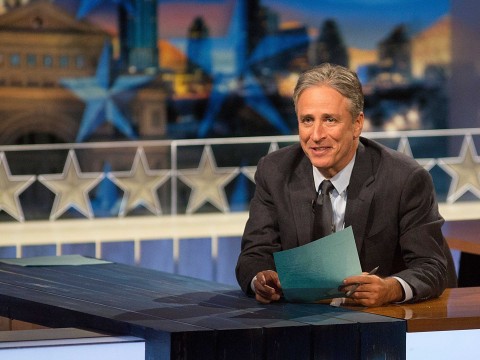 : )
He brought Colbert along into comedy/news and now that Colbert has surpassed him his jewish ego won't let him continue. Of course he's on to bigger and better things.
people.com

Goffee
Isn't Jon Stewart retiring one of the signs that Bill Hicks is about to be reincarnated to lead his people to freedom and the truth?
theguardian.com

anzesule
I’ve lived in the US for 6 yrs.The lack of accountability in the news media here is astounding.Every news outlet is heavily biased,superficial & sensationalized. His 10min monologue each day packs in more factual & insightful content than anything else broadcast.His voice of reason is hugely influential amongst a significant proportion of the populace.Losing his voice is significant & concerning.
bbc.com