Rihanna Celebrates Her Birthday by Getting Flirty with Leonardo DiCaprio

I seriously though this was just a rumor. Where's the "wtf" emoji when you need it! 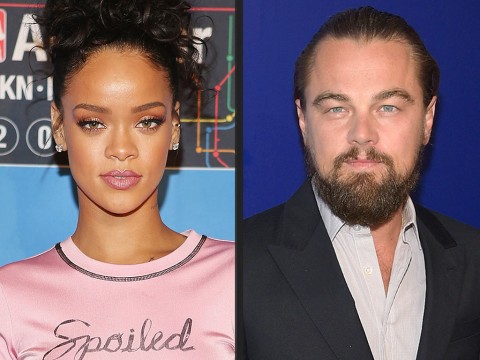 Rihanna rang in her 27th birthday on Friday with a slew of A-list pals – including rumored new love interest Leonardo DiCaprio.

Rumors have been circulating that the "Stay" singer and the Wolf of Wall Street star have been casually dating. A source tells PEOPLE that although Rihanna and DiCaprio, 40, didn't act like a couple, they did share a few flirtatious moments.

"They weren't couple-y but they would flirt and dance so definitely a little magic there," says the onlooker. "They were definitely flirty and dancing, but not over the top."